The Laguna de Castillos in Rocha is one of the best places in Uruguay for bird watching; more than 250 species have been recorded in this water mirror. Declared Wildlife Refuge. With 8,000 hectares and surrounded by the Monte de ombúes, (a group of trees unique in the world), an important area of marshes and communicated with the Atlantic Ocean by the winding Arroyo de Valizas, form a privileged habitat for hundreds of species of birds. The periodic rupture of the bar at the mouth of this stream, which opens and closes naturally, allows the entry of sea water into the lagoon, causing great changes in salinity and transparency. This dynamic and complex natural system favors the development of a remarkable biological diversity of national and international importance.

The bird viewpoint is next to the source of the Arroyo de Valizas in the Laguna de Castillos. It is a wooden hut conditioned for sighting, with seats and support boards to observe the birds comfortably. To access the viewpoint you must enter by boat through the stream, starting from the bridge on route 10 and traveling approximately 5 km. 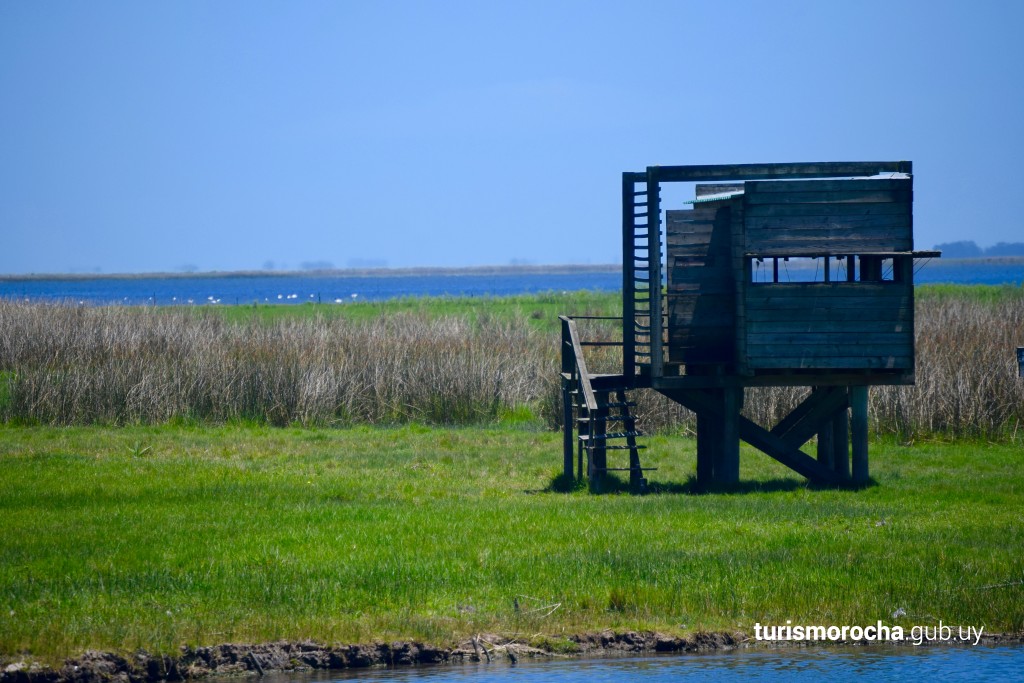 What birds to observe in the Laguna de Castillos? 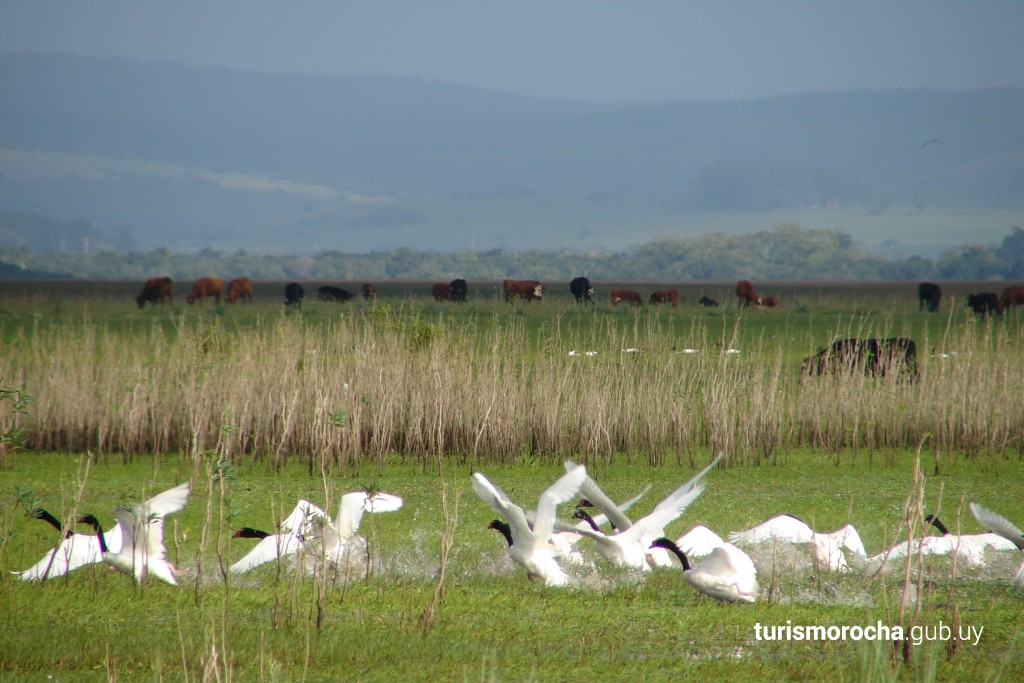 The black-necked swans become more evident in general during the summer, when the marshes have little water or are dry. Natives of the southern cone and southern Brazil, are unmistakable; they have a long black neck that contrasts with the white feathers of the rest of the body. They are 120 centimeters long and are the smallest swans in the genus. They are considered bioindicator tools of environmental changes. It is a frequent inhabitant of lagoons, wetlands and estuaries where it feeds mainly on algae, plankton and aquatic plants.

Commonly the lagoon harbors about 1000 or 1400 specimens, but during prolonged periods of drought, more than 5000 individuals were registered. 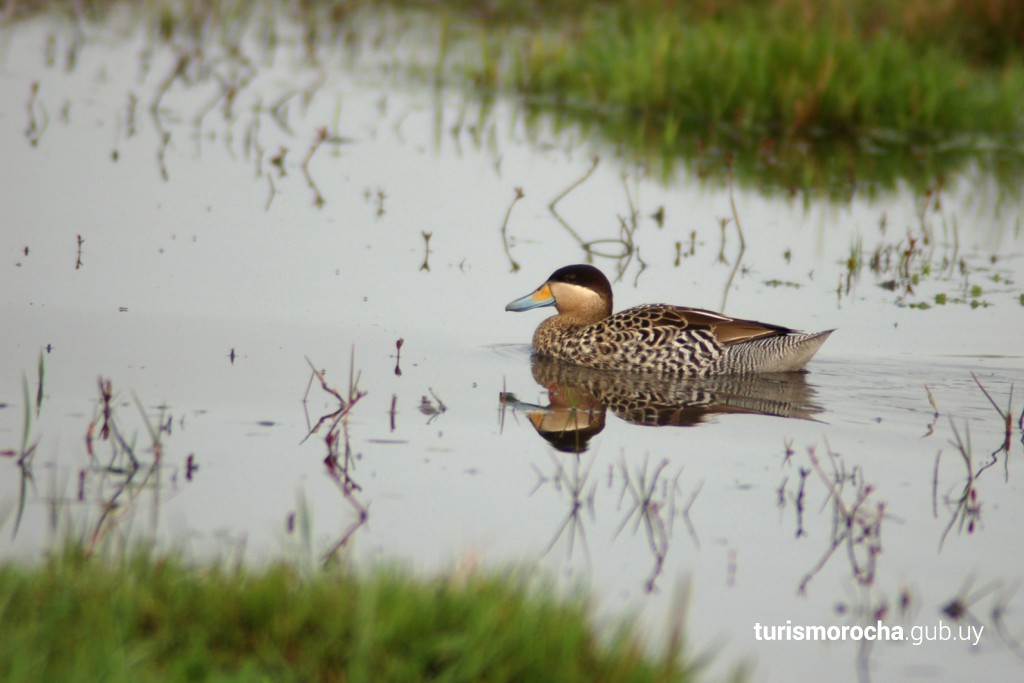 12 of the 20 species of wild ducks that have been registered in Uruguay live in Rocha. The white face or sirirí, is a duck that inhabits the trees and palm trees always on the edge of the lagoon. The capuchin has at the bottom of its beak a blue color, and is commonly found in a group with other waterfowl. Other species of ducks that are possible to see with ease are the shoveller and the white checked pintail. 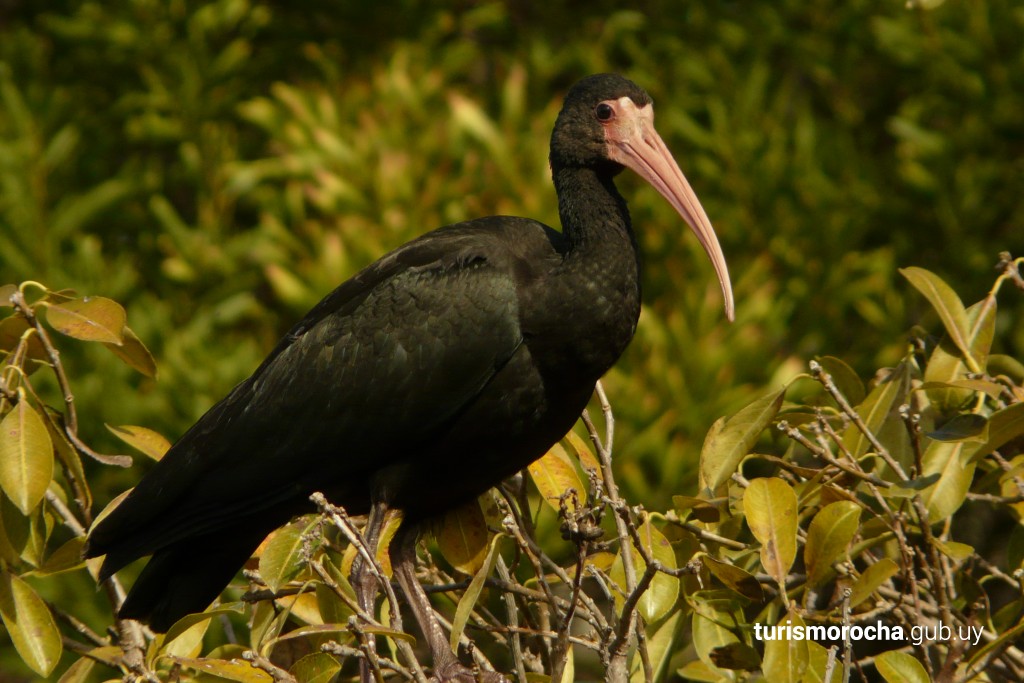 It is a resident bird throughout the year that nests in colonies, sometimes with other species (egrets, spatula, snail hawk and white faced ibis). Of opaque black color, with greenish gleams, long and curved beak and pink legs.

The young flamenco are grayish white and acquire the peculiar pink color by accumulation of the carotenoids contained in the crustaceans that they eat in their diet. During the three years it takes for a young to acquire that coloration, they have already developed the ability to fly. This species has become more common in recent years.

Coots are a type of resident birds, they can be seen throughout the year in the Laguna de Castillos. With a dark gray body and black head, and yellow with beak and forehead. They are often seen in pairs or in very large groups. More than 30,000 individuals were registered in the area.

Other birds to observe 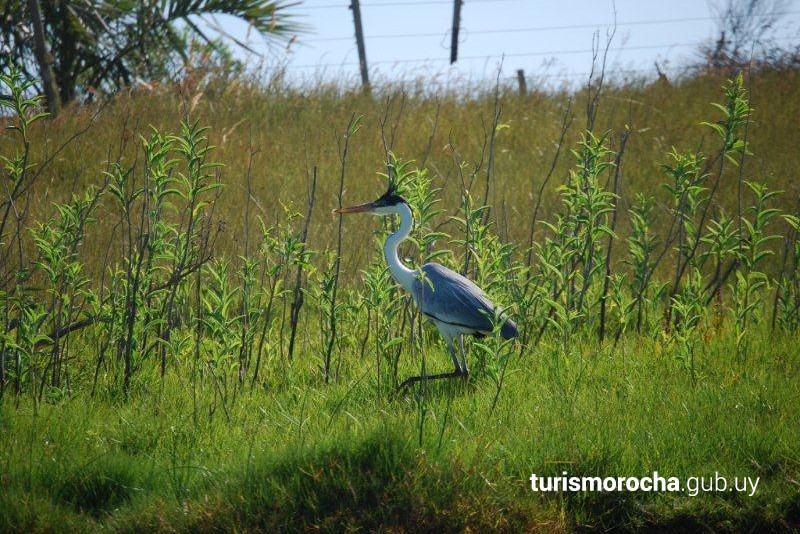 Also, with a bit of luck you will be able to observe threatened species worldwide, such as the dragon and the big white widow. If you make the entrance to the Laguna de Castillos by boat along the Arroyo de Valizas, you will be add to your sighting chajaes, storks, rheas, herons, among others. 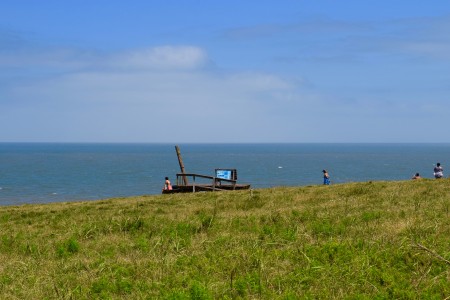 Panoramic viewpoint of marine fauna in the Cerro Verde 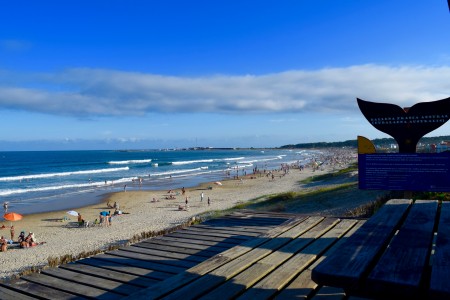 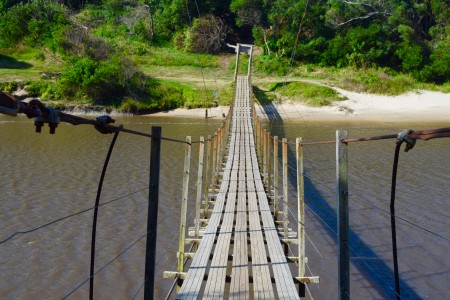 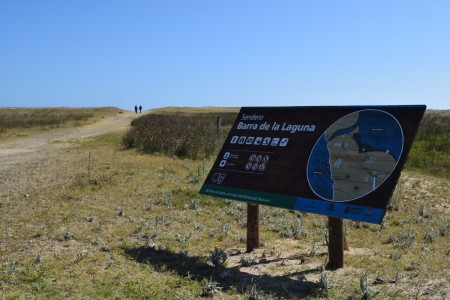