One of the main attractions of Aguas Dulces is its long and uninterrupted beach, located in a different context to the other beaches of Rocha, because a few meters from the sea are still preserved picturesque ranchos and houses on stilts.

The extension of the beach invites you to take long and healthy walks along the seashore. One option is to walk towards Barra de Valizas with Cerro de la Buena Vista on the horizon, 7 km away, which is the highest point of Uruguay's beaches. Discover the vibrant sensation of being on a virgin beach, where only birds and occasionally some "beach" cattle will appear to get away quickly from the presence of tourists. At 2 km, but in the opposite direction, is the only official naturist beach: La Sirena, for a full contact with nature. 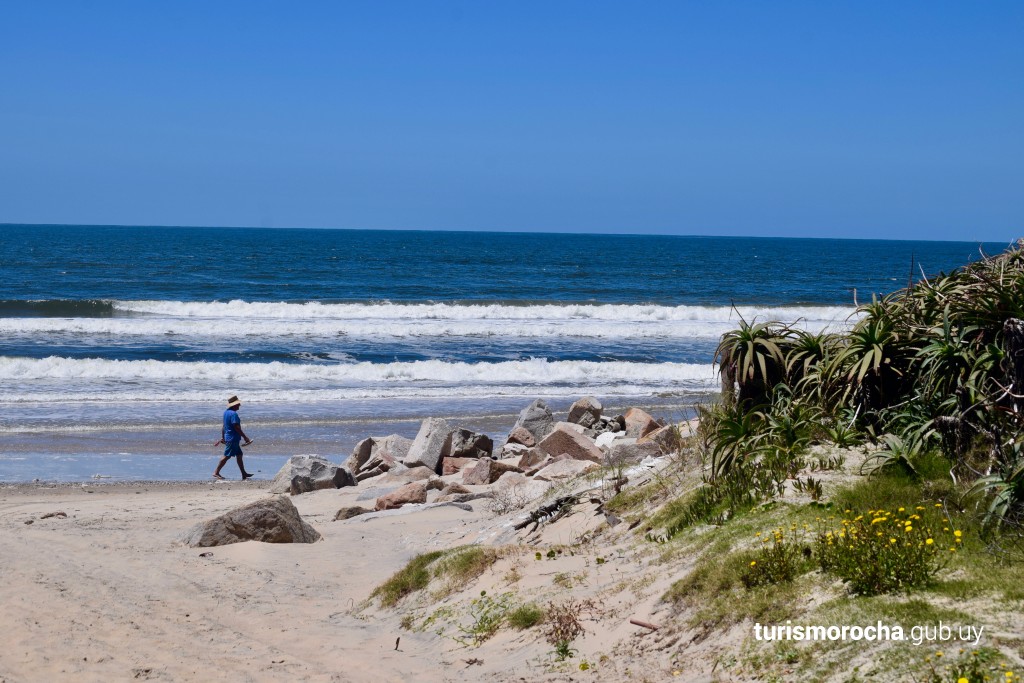 For the more adventurous, at the end of February or the beginning of March a classic crossing is made from Barra de Valizas to Aguas Dulces along this beach. 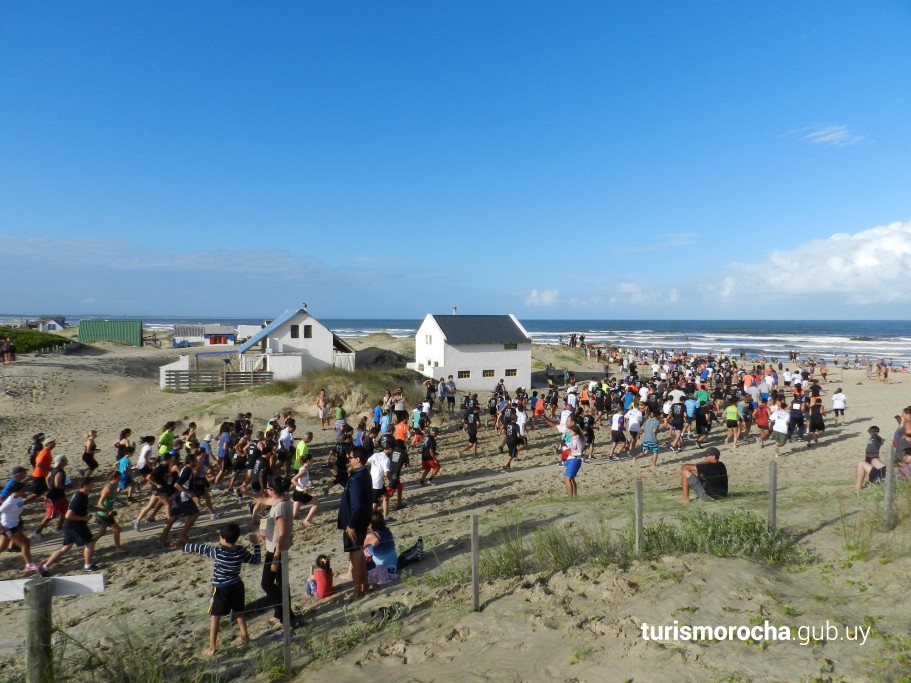 Relaxing by sunbathing, playing with the waves, playing sports or fishing (in authorized areas), looking for cockles and clams in the sand are other activities to do on the beach. During the summer months there is a lifeguard service. 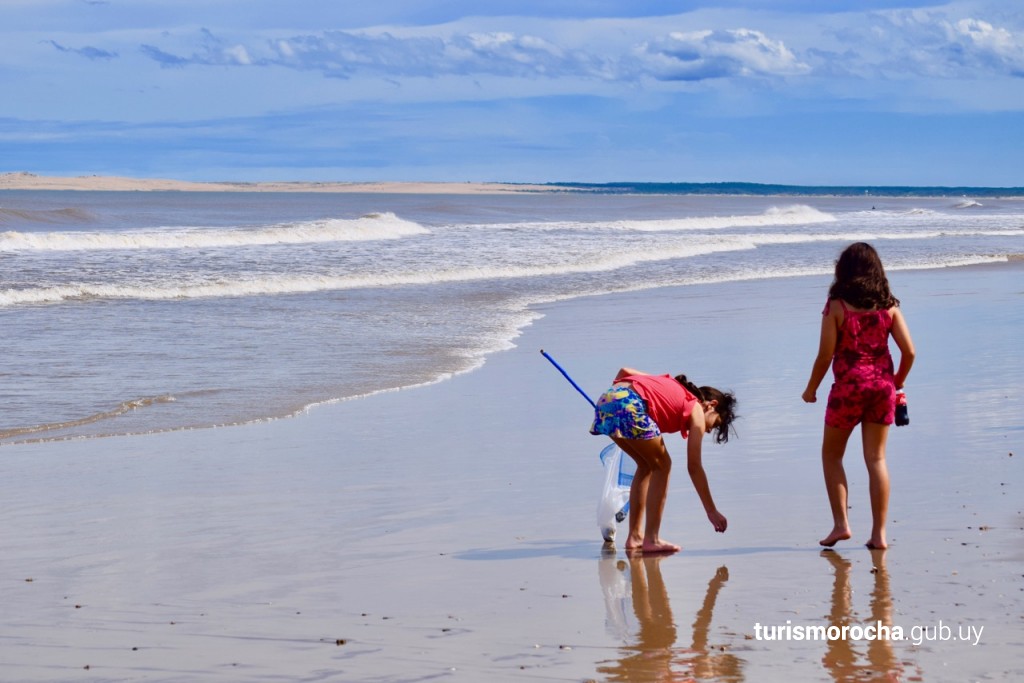 The busiest area is in the central slope of the resort, where there is a public space, called "La Terraza" with benches to contemplate a beautiful view of the sea.

The waters of Aguas Dulces beach were witnesses to some shipwrecks such as the Gaiford, a German ship or the Arinos, still visible from the coast, a steam wheel of the English war time, which brought the money for payment of the troop and when sinking according to the legend, many villagers were enriched with the gold rescued.

Sunrise and sunset on the beach

Aguas Dulces beach offers the perfect environment to enjoy the sky, the sea, contemplate the sunset behind the cut out silhouette of houses and ranchos on the beach or in the morning spectacular sunrises over the ocean, where with a bit of luck, it is possible to see some bottle nose dolphin passing a few meters from the shore.

There are anecdotal testimonies of how the baths on the beach were at the beginning of the 20th century, there were different schedules for men and women and they were also divided into sectors. 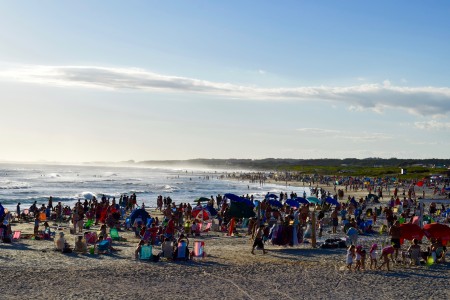 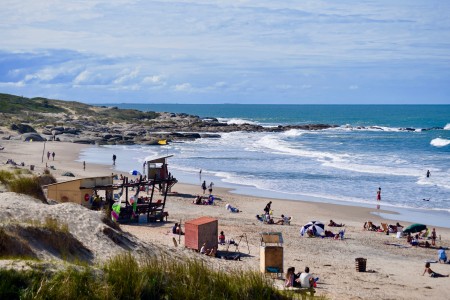 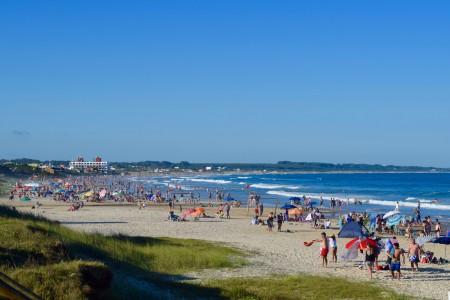 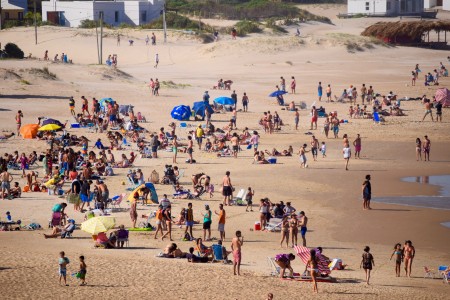