Who has been to La Paloma and has not taken a picture with the Christ of "Lucho" in Los Botes beach? Who did not capture a photo with a camera of this sculpture at sunset?

The Christ of "Lucho" is a work done by Alfredo Maurente, alias "Don Lucho", who built it for the protection of the fishermen, looking towards the sea, just in the place where they pass by and leave with their artisanal barges to go fishing and there he awaits them on their return. The artist modeled it by throwing his body in the wet sand, to serve as a mold.

It is currently on Los Botes beach, La Paloma, after being rescued and restored by the artist Martha Nieves. The Christ  is the testimony, the reflection and the soul of "Lucho". Existing in the past, the present and the future, on earth, in the sky and in the sea.

Who was "Don Lucho"?

Don Lucho, the fisherman, the cook, the artist, the man from the port. Alfredo Maurente was from the city of San Carlos, Maldonado, and although few knew him by his name, he was so integrated into the environment, that he became a representative figure of La Paloma.

He came to these shores by the year 1940, learned the arts of fishing and began working for companies in the area.

After some time, "Lucho" built his own "rancho"(house) on the side of the road, a few meters from the old pier of La Paloma. There he started cooking for friends and crews. The years passed and he opened his own "boliche"(restaurant) to the public, residents and tourists. The whole place was a crazy thing, those who knew the place say that this house could be a real "naive art museum", because he neither worked with a specific technique nor he had previous knowledge or study, but his works were full of passion , patience and dedication.

In addition to the Christ of "Lucho", Alfredo is also the author of "La Sirena" and "El Timonel" that are today in the center of La Paloma, among many other works that unfortunately have deteriorated. 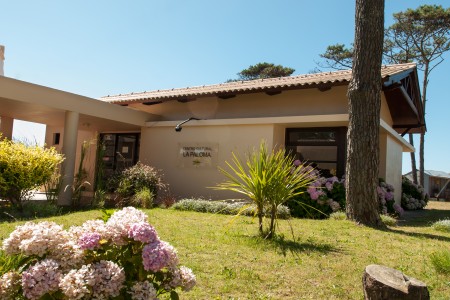 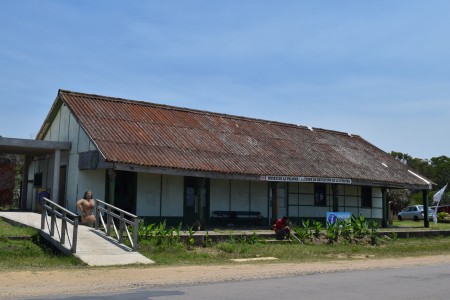 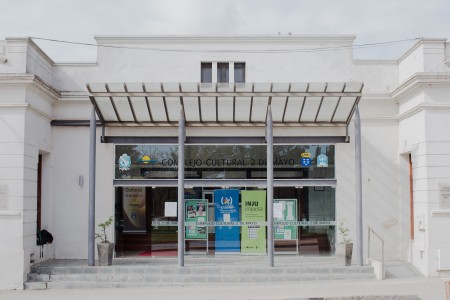