Dolphins of various types such as bottle nose dolphins and great humpback, blue and frank whales, coexist in our ocean and estuary since long ago. These spaces make up their occasional habitat in certain periods and are a permanent niche for several species of dolphins and even whales.

Such is the case of the southern right whale that visits the beaches of Rocha from July to October, taking advantage of the calm waters to mate, give birth and give the first care to the young.

23 of the 81 species of cetaceans that exist throughout the world live in Uruguayan territorial waters. The most common and easiest to spot on the coasts of Rocha are: the bottlenose dolphin and the Southern Right Whale, and sometimes the killer whale and the Franciscan dolphin.

What dolphins can be spotted on the beaches of Rocha?

These dolphins are  known as  bottlenose dolphins. It is a very cosmopolitan species and perhaps the most famous for the television series Flipper. The presence of dolphins throughout the year , at a short distance and in shallow areas of our coasts, is quite common.

How to identify the bottlenose dolphins?

Adults have a damaged dorsal fin on the posterior edge and on the sides, due to bites from other animals or scratches with stones, and are distinctive to each individual. They reach an average of three meters, maximum four (males are larger). Their weight is approximately 200 kilos and they can live up to 37 years.

The Franciscan dolphin, also known as the silver dolphin, is the only one that does not live in rivers, but in the Plata estuary. It is known that it does not form groups and feeds near the bottom of the sea.

How to identify the Franciscans?

The Franciscan has a long, narrow beak that grows in relation to the length of the body. Domed head and small eyes. Its dorsal fin is not prominent. It has up to 116 small sharp teeth in each jaw. Light brown color, more clear in the belly.
They can measure on average 1.5 meters males and females 1.6 meters. Its life time is up to 37 years.

The orca is the largest of the dolphins. The last photographic record that we had in Rocha was in La Paloma in 2015. They live in stable groups made up of individuals related to each other. These "clans" normally formed by up to fifty members, are associated with other clans of their same community.

How to identify killer whale?

The body of the killer whales is sturdily marked in black and bright white. The back and sides are black except for one white oval spot above the eye and another behind the distinctive dorsal fin. The latter is tall and triangular and much larger in males (up to 2 meters). On average, the males and the females measure five meters.

Article prepared on the basis of the "Teaching sheet: Whales and dolphins in the Bañados del Este-East Marshes Biosphere Reserve" of PROBIDES. 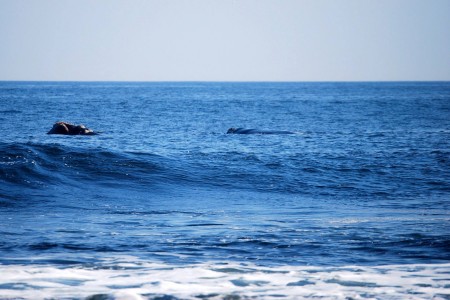 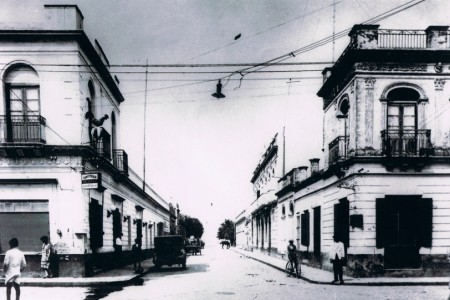 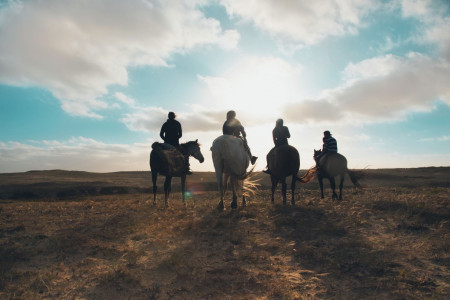 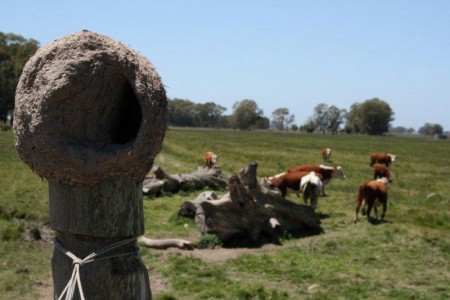